Dhul-Qarnayn is a title, meaning the one “with two horns”. What the actual name of Dhul-Qarnayn was, or when and where he lived, is not certain, although people have equated Dhul-Qarnayn to several historical figures without any convincing evidence.

Allah had granted immense power and substantial means to Dhul-Qarnayn, who remained grateful to Him, and acted according to His will. He used to go on long expeditions, traveling to distant places in both the east and the west. During one such journey, he came upon a primitive tribe residing between two mountains. Its people complained to him about two savage tribes, Yajuj (Gog) and Majuj (Magog), that repeatedly ransacked their land, and brought great destruction upon them. Dhul-Qarnayn, at the tribe’s request, constructed a massive barrier that kept Yajuj and Majuj away but he warned the people that the barrier shall one day be brought down.

Allah informs us elsewhere in the Quran that Yajuj and Majuj shall spread great corruption in the land towards the end of times: “Until when Yajuj and Majuj are let loose and they break forth from every elevated place, and the True Promise [of Judgement] draws near…” (21:96-97)

Use your abilities for a worthy cause

Dhul-Qarnayn devoted both time and effort to construct the great barrier, thus protecting the helpless tribe from the tyranny of Yajuj and Majuj. On top of that, he refused to accept payment for his laborious work, stating, “That in which my Lord has established me is better.” (18:95) In the same way, we should devote our time and abilities to help others, especially the oppressed and the needy, without expecting anything in return. It pleases Allah if we play our part – no matter how insignificant it might be – in contributing to justice and fairness in the world.

Hard work and diligence can change your fortunes

Dhul-Qarnayn did not construct the fortified barrier all on his own; he needed plenty of manpower to complete the task, and the tribesmen assisted him continuously. Dhul-Qarnayn commanded them, “‘Bring me sheets of iron’ – until, when he had levelled [them] between the two mountain walls, he said, ‘Blow [with bellows],’ until when he had made it [like] fire, he said, ‘Bring me, that I may pour over it molten copper.’” (18:96)

Hence, the tribesmen, working diligently under a man of expertise, managed to secure themselves from the savage Yajuj and Majuj. In any aspect of life, in order to change your fortunes, you need persistent hard work and diligence. As Allah says, change is brought about through people’s own sincere efforts: “Indeed, Allah does not change the condition of a people until they change what is in themselves.” (13:11)

The native tribesmen were not capable of defeating Yajuj and Majuj in battle. Hence, they thought of an alternative plan to counter their influence: building a barrier to restrain their movement. In the same way, we can think of subtle means to counter corruption and oppression today – especially if the perpetrators are too powerful to take down easily. For example, in the contemporary age where information has become a great form of power, we can use the media to counter the influence of the corrupt. A significant requisite, though, is to unite and work earnestly under a competent and honest leader, such as Dhul-Qarnayn.

Discover more from the Stories of the Quran:

Next story: The Hidden Cave

4 thoughts on “The One with Two Horns: Story of Dhul-Qarnayn” 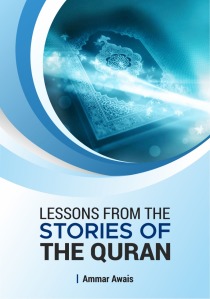